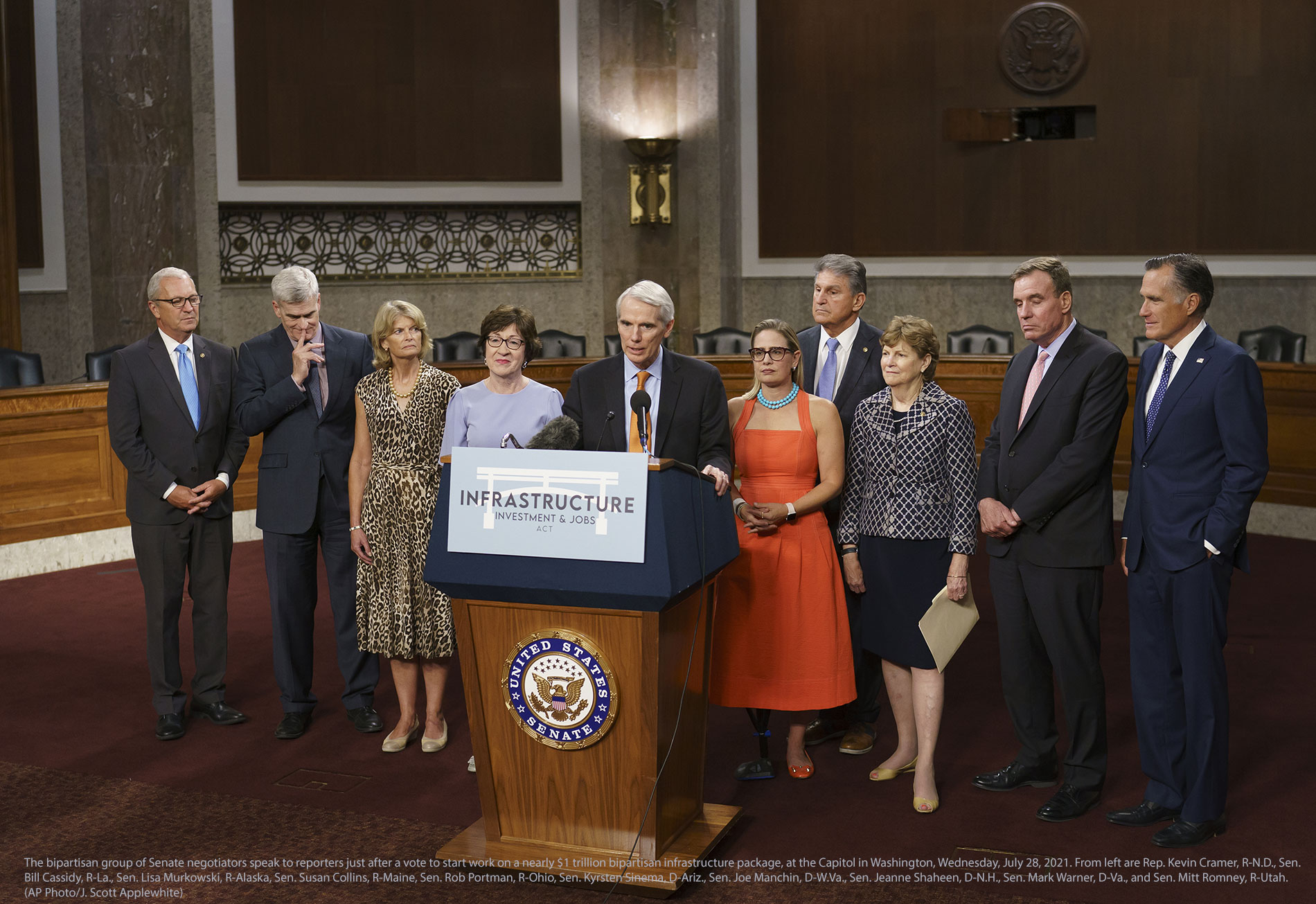 Bipartisan infrastructure legislation should be considered on its own merits without being tied to the outcome of separate legislation with Democratic priorities.

Congressional Democrats appear to be making progress in working out their differences on the reconciliation bill. Progressives seem to have accepted that they must get the support of Sens. Joe Manchin (D-W.Va.) and Kyrsten Sinema (D-Ariz.) who want a lower price tag for the legislation that contains the core of the President Biden’s Build Back Better agenda. Manchin, at least, is also signaling a willingness to move in progressives’ direction.

These recent developments set the stage for the considerable legislative drama that will play out over the coming weeks as significant features of the massive bill are negotiated. As a professor of negotiation at the Harvard Kennedy School, I taught students that the primary source of leverage is the strength of a negotiator’s alternatives. Recognizing the need for a credible alternative, progressives in the House have taken the infrastructure bill that passed the Senate on 69 to 30 vote hostage. By asserting the possibility that they would vote against the popular bipartisan bill, they have given themselves leverage they may not have otherwise had.

Progressives’ ability to negotiate favorable agreements on the substantial outstanding questions will continue to turn to a large extent on the credibility of their threat to vote against the infrastructure bill. An innovative, rigorous poll suggests that progressive Democrats should be careful not to overplay their hand here. It also indicates that Republicans who plan to vote against the infrastructure bill if the reconciliation bill does pass should be cautious.

This poll was different than most because more than 2,000 Americans spent at least 90 minutes reviewing a brief on infrastructure before weighing in. The brief provides extensive data about the nation’s infrastructure needs and makes the strongest case for each competing perspective. The participants are members of the CommonSense American program at the National Institute for Civil Discourse…  [Continue reading at The Hill]